Last night, my son had a nightmare. He’s inherited my ridiculously vivid dreaming. So as I lay sleeping next to my husband, my son shrieked and I jumped out of bed to go and soothe him. 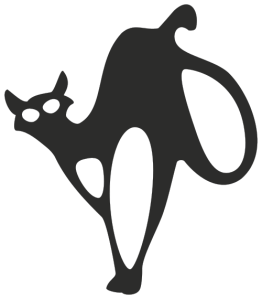 “I dreamed of ghost cats!” he told me. So I laid on his bed next to him, smoothed his hair and sleepily told him that ghost cats weren’t real, but I could tell him some things that were real… like the angels that protect him, his warm bed, his mommy and daddy and the yummy breakfast he’ll have in the morning…

It’s a routine that works and I can do it, quite literally, half asleep. So while he was drifting off again, I found myself thinking, “Pffft. Ghost cats. That’s not scary. I can think of WAY scarier things than ghost cats!”

So I went back to bed, and lay awake for the next two hours, trying to chase the scarier things out of my head again!

And that’s one of the reasons I always look tired! 😉