Don’t hate me for this… but I’m a Christmas person. 😉 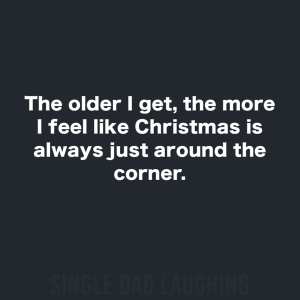 I’m a planner, so I like to get my holiday stuff together early so I don’t have to stress out in December. And I know I’m not alone in that! So I’ve already started my Christmas shopping.

This year, I also have TWO Christmas releases, and I’m really excited. I love a good Christmas story, and writing these was a real pleasure, even though they were written during the summer months… Anyway, without further ado, this is what I have coming your way in the next few months:

November 2017
A lot has changed—and a lot hasn’t

Five years ago, Beth Thomas’s engagement to Danny Brockwood ended when his secret child was dropped off on his doorstep. Now eight months pregnant—and about to be a single mother herself—Beth is back in her Alberta hometown, where the rugged mechanic is raising his son.

She wants to hate Danny; discovering he’d hidden his toddler from her was the reason she left. And now Danny’s bought out the beloved corner store that had been in Beth’s family for generations. But their still-simmering chemistry isn’t all they have in common. Can two single parents win back each other’s trust with the help of one determined boy?

December 2017
A COWBOY FOR CHRISTMAS?

Barrie Jones needs a Christmas miracle. Five months pregnant, she’s already the talk of Hope, Montana, because she won’t tell anyone who the father is. And now her ex, Curtis Porter, is back in town, throwing her life into chaos.

Curtis is about to retire from bull riding, which means selling the building that houses Barrie’s veterinary practice—essentially putting her out of business—so he’ll have enough money to start over. He’s the bad guy, right? And Barrie should know better than to give him a second chance, but Curtis seems different… He’s talking about settling down, maybe becoming a family man. Has Curtis really changed? And can Barrie change, too, and trust Curtis to do right by her and her baby?

I hope you’ll pick up a copy of these two books. MONTANA MISTLETOE BABY will be my very last Western Romance, since the line is closing. But you’ll be able to find more of my cowboy stories through Love Inspired moving forward.

Now, back to your regular programming… Enjoy the very first day of Fall! 🙂

6 thoughts on “Just around the corner!”